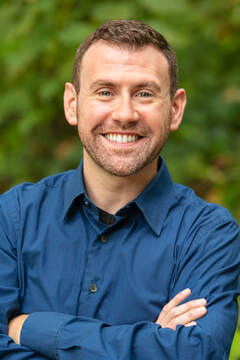 Matt was a 2021 Second Prize winner of the American Prize in wind conducting and a 2015 semi-finalist in the National Band Association’s Young Conductor Mentor Project. In 2019, he was a finalist for conducting positions with both the United States Army and Air Force Bands – an honor reserved for a select few each year.

As an artistic leader, Matthew has guided his ensembles through the process of becoming independent non-profit entities and has expanded programming with each of his organizations. In 2019, he established the Tom Baker Young Artists Competition with the Euclid Symphony Orchestra. The annual competition awards the winner a performance opportunity with the ESO and a cash prize.

Matt recently completed six seasons as the Musical and Artistic Director of the University Heights Symphonic Band, and he has previously served on the conducting faculty at Hiram College, and Lakeland Community College. He is active as a guest conductor and clinician and has been invited to conduct local public-school bands, community bands, summer music camps and honors ensembles.

While completing his master’s degree, Mr. Salvaggio founded and conducted the Kent Intercollegiate Wind Ensemble – a community/service-based ensemble in Kent, Ohio. With that group, he conducted several world premieres and recorded two film scores. Matt has also served as Graduate Assistant Director of Orchestras and Graduate Assistant in Bands at Kent State University. In 2007, he was a guest conductor in residence with the Medina Community Band.

For more information, visit him on the web at www.matthewsalvaggio.com.